In which our intrepid hero visits a ruined castle of glass…

Let me pick up where I left off, and show the final part of my excursion in late November 2013 north to Lake Erie and east to the environs of Cleveland.  As I drove east along the shores of Lake Erie—or as close as I could get to the shores—I came an amazing site, east of Sandusky and Huron:  a huge, overgrown ruin of a greenhouse complex.

Sadly, I must report to the reader that my novice photography skills failed me.  The greenhouses were to the south, facing the low winter sun, creating all sorts of problems such as backlighting and lens flare that I simply did not have the skills adequately to compensate for.  As a result, many of the photographs I took were simply not usable.  The ones that I show here are simply the best I was able to salvage.  However, I did end up determined to go back to this place and try again. 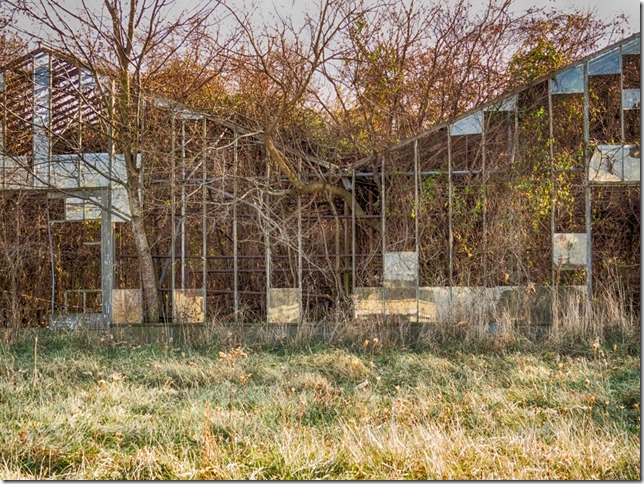 The density of the plant matter in these greenhouses is simply remarkable.  You could not even fit in there.

Another shot, trying to cope with the darn sun.

This is a repeat of the first photograph above, but processed differently.

The greenhouses also had this tank with some rather upbeat graffiti on it.

A lot of this section of the Lake Erie shore is vacation-oriented and consists of small rental cottages, like the one above, with a lake view. 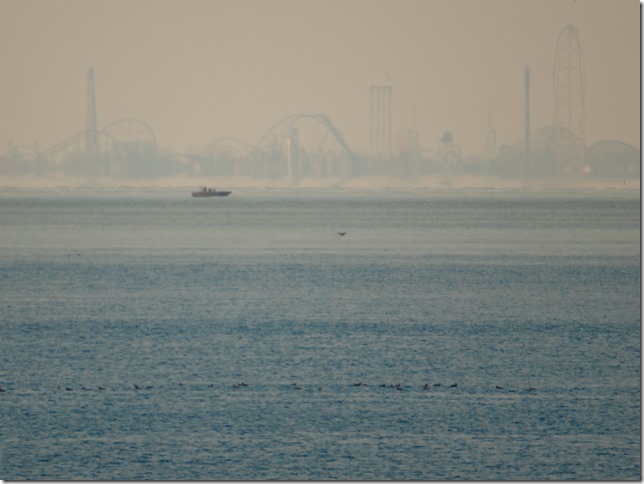 Here’s a look back west across Lake Erie with the ghostly spires of Cedar Point Amusement Park looming in the background, like monsters rising from the mist.

I wasn’t entirely sure what this odd little dock was for.

Lakeland Lodges Motel, “The Place with the Beach.”  Another collection of lakeside cottages.

Unlike the environs of Cleveland, where one-percenter mansions tend to dominate the shoreline, further west it is possible to see quite modest lakeside residences, some of them purely for vacation purposes, as this one might well be. 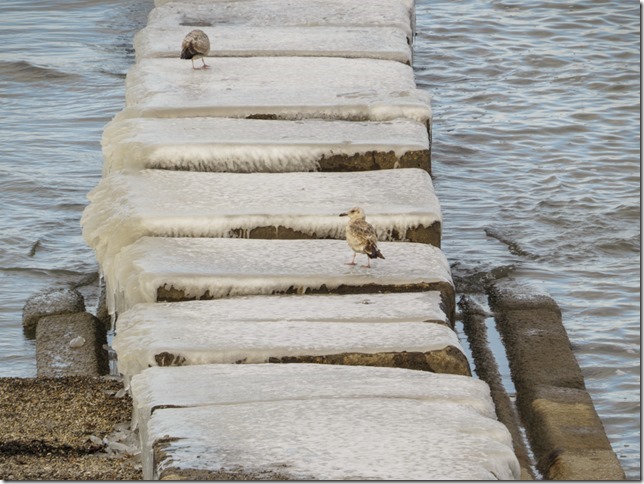 Even though it wasn’t even December yet, the ice had begun to form, and before winter was over, virtually the entire lake would ice over—something that had not happened in many years. 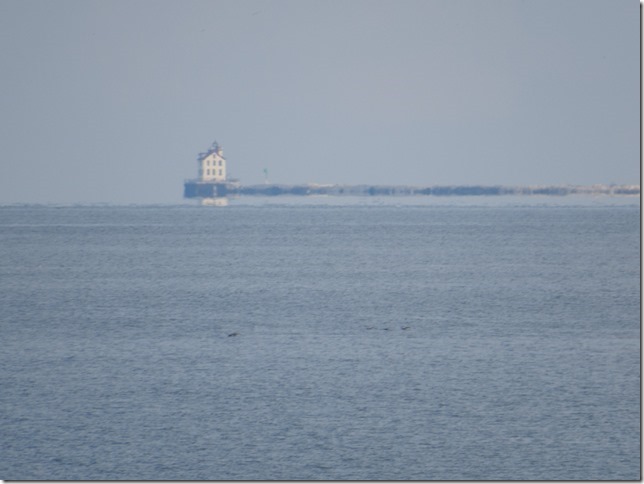 A lonely building in the distance, balanced on a spit of land.

While I was driving, I came across the most intense flock of starlings I have ever seen in my life.  Starlings are an invasive species and many apparently winter in Ohio, because they can be found in large flocks weighing down telephone wires.  But this flock was straight out of Hitchcock’s “The Birds,” creating a whirling maelstrom in the air that was an amazing site to behold.  A camera can’t really do it justice, but I tried. 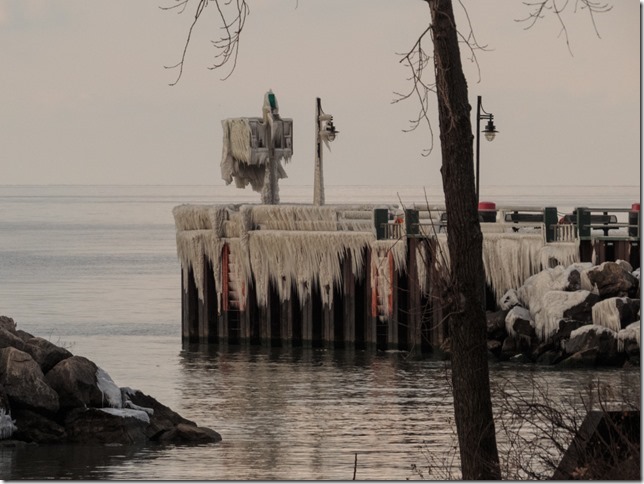 An iced over dock.  I would have liked to have seen what this looked like in February.

And, to wrap things up, another frigid shot of some iced over rocks.