Excursion 8, Part 3 (In the Shadow of the Gods Atomic)

The photographs in this excursion are mostly sunny, which has certainly been an exception for me in 2013.  Writing this in early August, I can attest that the vast majority of weekends between April (when I started these excursions) and now have been overcast or rainy.  I lost a number of Saturdays simply because it was too rainy to bother going out.  This is in sharp contrast to recent years, in which rain has been rather sparse.  Good for farmers, bad for junior amateur shutterbugs like me.

This entry is a relatively short entry, encompassing a handful of pictures I took before I entered a very different environment that deserved an entry of its own.  I took these pictures still in the shadow of the Davis-Besse Nuclear Power Station, which dominates the flat landscape for miles around.  In the below picture, the reactor looks a bit out-of-focus, but it is not.  The effect is actually caused by the fact that I took the picture at just the right angle to catch the ladders going up each side of the reactor, which when viewed from the distance give the side of the reactor a fuzzy look. 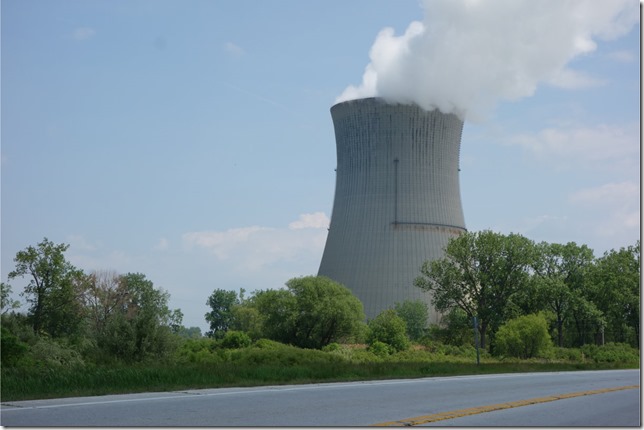 This close-up shows the various ladders up the reactor more clearly.  I am not sure why some of the ladders only go 2/3rds of the way up.  There’s also a guard rail all around the top.

I found myself frequently turning a corner only to catch, once again, the reactor from yet another angle.  It was pretty inescapable.  Here is one of the many little inlets and channels along the shores of Lake Erie.   A bunch of smallish homes and buildings cluster around it, providing access for boats and fishing.  But they are all in the shadow of the reactor.  I suppose locals get used to it after a while.  In El Paso, where I grew up, for about a century there was a huge smokestack on the horizon, part of the ASARCO copper refinery, until it was taken down recently.  The smokestack was so tall it actually peeked over the slopes of the Franklin Mountains.  But somehow it did not have the same effect as the nuclear reactor does.  That is presumably psychological.

Here’s another inlet shot.  Lots of people were out fishing this Saturday.  Enjoy it while you can, folks, because your Saturdays will be pretty rainy pretty soon.

This was a channel which presumably led out to Lake Erie.  However, these people seemed to have no real interest in going out onto the lake, happy with fishing right there. 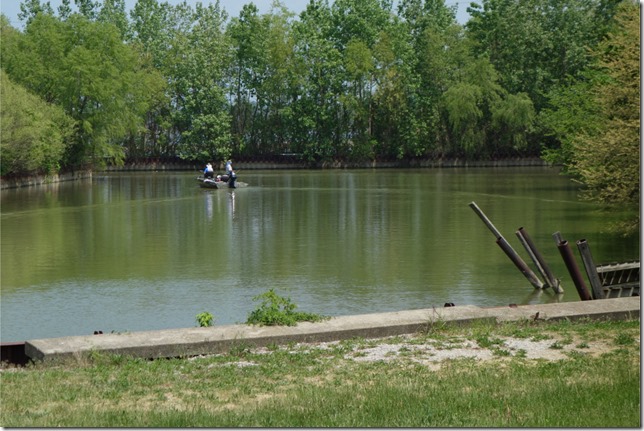 Much of the local economy is centered around such fishing.  Here’s The Bait Barn, as well as a sign for someone offering fish cleaning services.  I didn’t even know that was a thing, although I confess I’d probably take advantage of it, as I like fish and have enjoyed fishing, but am not crazy about animal guts.  I remember one time when I was around 11 years old or so and my father took me along to see a friend of his who was going to slaughter a pig.  The shooting of the pig did not bother me, but I was not prepared to see the pig bleed out—someone slit the dead pig’s throat, and blood gushed out of the pig in a big scarlet river.  I had to quickly move away because I was afraid I might throw up.  I hadn’t realized how much blood there was in a body and wasn’t ready for that.

Here’s “Floro’s Camping,” still in the vicinity of Oak Harbor.   It’s not on the lake itself, so it is probably more reasonably priced than some other camp sites.

Nearby was a self-storage place and as I drove by it I caught a glimpse of a rusty old car.  I turned around and drove back to get a better look at it. 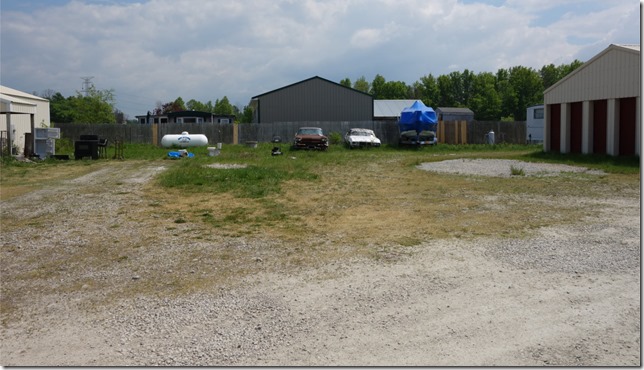 When I saw this vehicle, I had a flashback to the Stephen King novel “Christine,” about a haunted 1958 Plymouth Fury.  Sadly, this vehicle is not a Plymouth Fury, but it looks a bit haunted regardless, don’t you think? 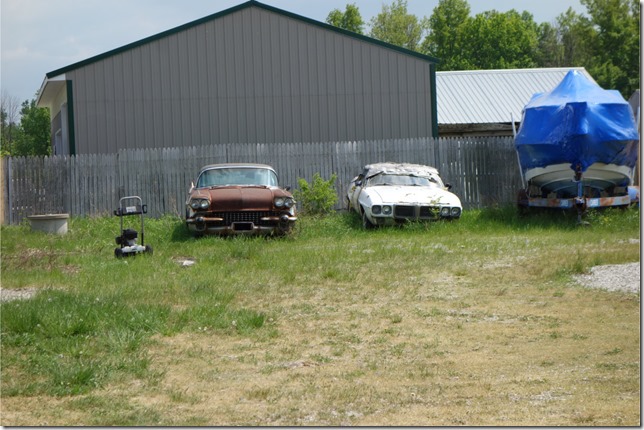 Does anybody know what make/model of vehicle this is?  I’d like to know.

One thought on “Excursion 8, Part 3 (In the Shadow of the Gods Atomic)”