Excursion 4, Part 1 (You Can Check Out Any Time You Like)

My fourth excursion, on April 20, combined two of my favorite bits of Ohio:  U.S. 40 (i.e., the National Road) and Appalachian Ohio.  It was a long trip, lasting around 10 hours worth of driving around and snapping shots.  By the time I had finished, I had made a neat circle around the southeastern quarter of the state.

[Remember that you can click on the photos below to see larger, better versions]

My general goal was to head east from Columbus along U.S. 40, following it to the edge of the state, then go south, tracing the route of the Ohio River until I got tired and decided to head back.  Still inside the metro area of Columbus, I passed into Reynoldsburg, a suburb southeast of Columbus, and promptly found the below mural seemingly celebrating everything there is to celebrate about Reynoldsburg.  That, by the way, is not much, which you can figure out when you realize that the town’s greatest celebrity is Alexander W. Livingston, whose claim to fame is that he was allegedly the first guy to introduce commercially successful strains of tomato plants.

Readers will remember that the methodology for this blog is roadside photography but I actually got out of my vehicle for these shots (indeed, that is my SUV in the photo below).

Like a number of towns in Ohio, Reynoldsburg was a stop on the Underground Railroad, as the mural suggests. 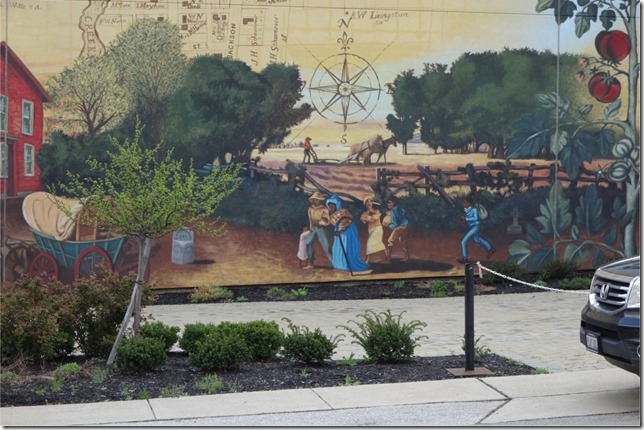 The beloved Reynoldsburg tomato.  Note that in the 1800s, tomatoes were about five-six times as tall as African-Americans were.  They have shrunk a lot since then.

As I have noted before, U.S. 40 was one of our nation’s major thoroughfares, before the coming of the Interstate consigned it to oblivion.  From the 1920s through the 1950s, the highway was covered with motor hotels or “motels,” but they found themselves royally screwed by the building of I-70, which took all their traffic away.  Today, many of those old motels are gone completely, or are in ruins, while some have been repurposed and others still manage to eke out a living of sorts.

Here’s one such old motel, now converted into the dubious Pioneer Apartments.

A bit farther down the road is the  Wagram Inn, which is actually still fairly well kept up.

Also still around is the Shamrock Motel (in the 1930s, it was called the Shamrock Plaza Court and Grill).  It gets some guests but seems to rent some of the rooms out as apartments. 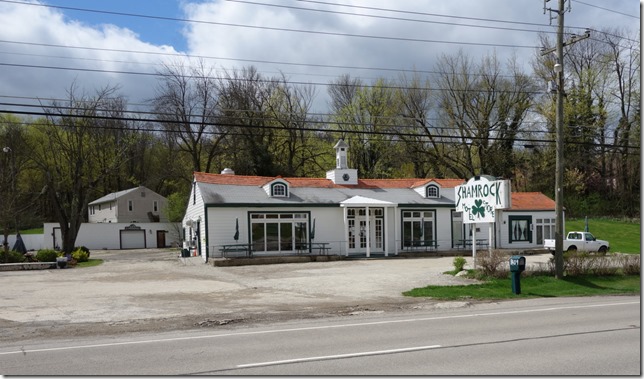 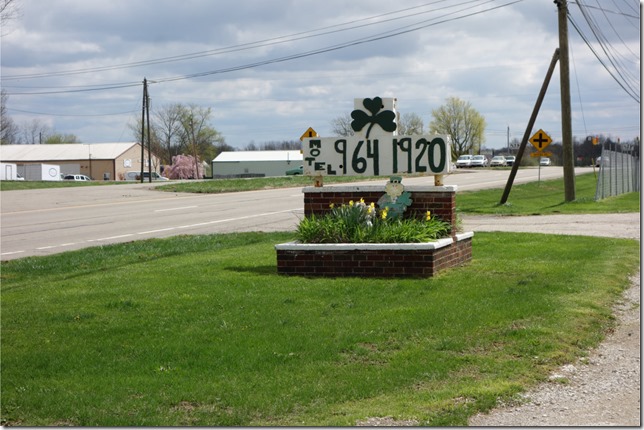 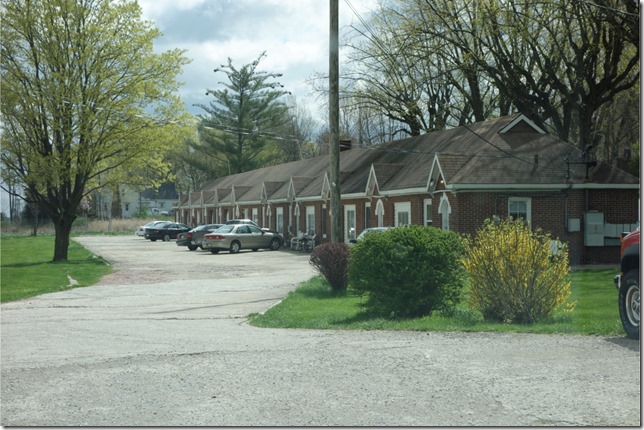 This shot of the motel is one that shows how car-centric these places were.  Clearly one selling point of this place at one time was that it had several rooms for rent with built-in garages, so you could park your car inside rather than leaving it out in front.

Unlike the Pioneer, Wagram and Shamrock, this one has not survived in any form. 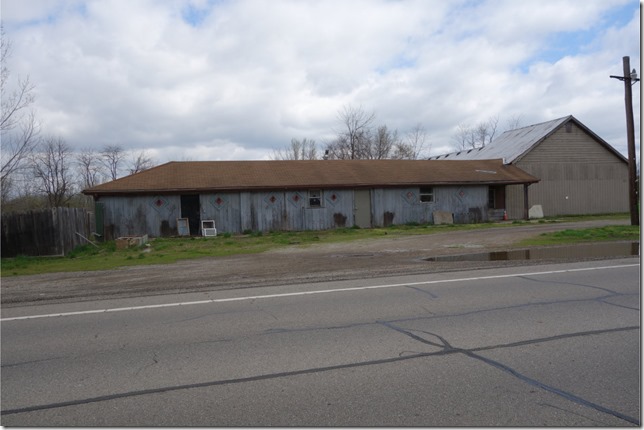 This barn isn’t doing too good a job of surviving, either.  What I find interesting is that the owner never even bothered to rescue the equipment stored in the collapsed portion of the barn. 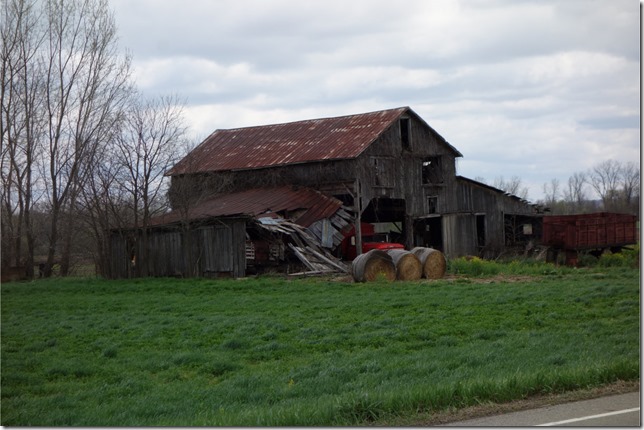